On September 23, 2021, Ms. HU Wenli, Vice-President and Director-General of United Nations Association of China, was invited to attend the 2021 Chinese Academy of Social Sciences (CASS) Forum. The forum was organized by CASS with the theme of “Global Governance in a Globalized World --- Commemorating the 50th Anniversary of the Restoration of the Lawful Seat of People’s Republic of China in the United Nations”. About 20 keynote speakers including Vice President of CASS Mr. GAO Peiyong, President of the 67th session of the United Nations Assembly Mr. Vuk Jeremić, Program Director of US Social Science Research Council Ms. Tatiana Carayannis, Tommaso Padoa-Schioppa Chair of the European University Institute, Senior Fellow and Former Director of Bruegel Mr. Jean Pisani-Ferry attended the forum and exchanged ideas on the two topics of “The Role and Status of the United Nations” and “Global Governance Order in a Changing World”. 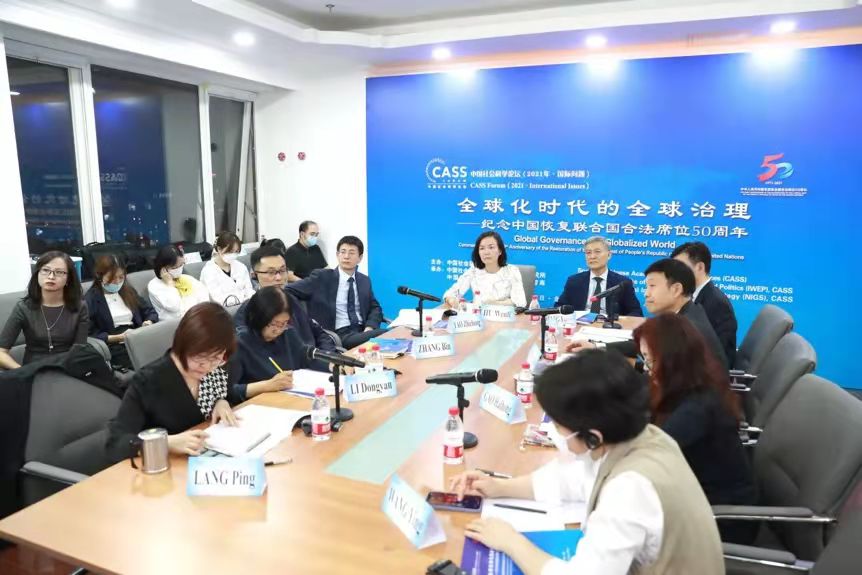 Participants believed that the world urgently needs to promote solidarity and cooperation through multilateralism to solve global issues, and attach importance to the role of non-state actors such as academic institutions, non-governmental organizations and think tanks. The international community is standing at a turning point, and the global issues we face require collective actions. We should promote the reform of the United Nations, uphold the international system with the United Nations at its core, and perfect the global governance structure. Under the leadership of the Communist Party of China, China has successfully lifted hundreds of millions of people out of poverty and played an increasingly important role in the United Nations. Participants  hope that China will make greater contributions in areas like climate change, pandemic prevention and control and the Afghan issue. 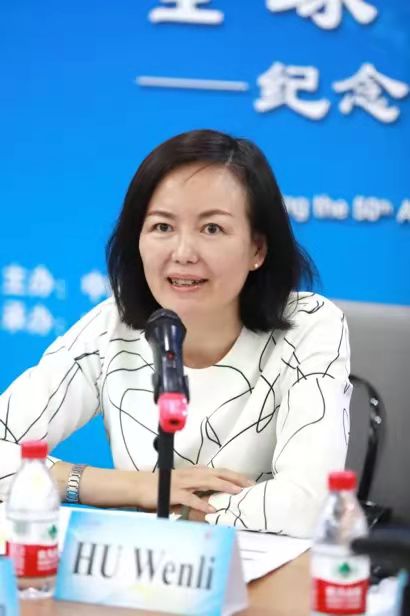 Ms. Hu said, after PRC returned to the United Nations, China has firmly upheld the international order with the purposes and principles of the United Nations Charter at its core, and actively participated in international affairs along with  developing countries. China is becoming more and more active in maintaining peace and security, facilitating economic and social development, and promoting human rights in the United Nations. China’s influence is expanding, so as its cooperation with the United Nations. China will adhere to real multilateralism, uphold the concept of building a community with a shared future for mankind and the common values of all human beings, promote a fair and inclusive globalization, and safeguard the common interests of mankind.