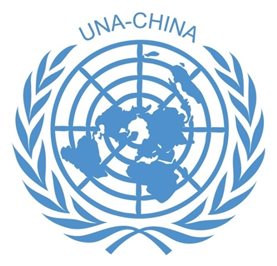 The United Nations Association of China (UNA-China) is the only nationwide non-governmental organization in China devoted to the promotion of the purposes and principles of the United Nations Charter. Its membership is open to the general public and social entities that are enthusiastic about the cause of the UN. UNA-China’s Board consists of senior diplomats, renowned scholars, entrepreneurs and social activists who are keen on promoting the cause of the UN.

UNA-China is one of the founding members of the World Federation of the United Nations Associations (WFUNA), and the first NGO in China granted General Consultative Status with the UN Economic and Social Council (ECOSOC). It is associated with the Department of Global Communication (DGC) of the UN and also a full member of the Conference of the Non-Governmental Organizations in Consultative Relationship with the United Nations (CoNGO).

The purposes of UNA-China are to promote the purposes and principles of the UN Charter, to disseminate the UN knowledge, to promote understanding, research and popularity of UN endeavors and activities, to enhance mutual understanding, friendship and cooperation among peoples of all nations, and to contribute to the maintenance of world peace and common prosperity.

1. Conducting research on the UN issues

To strengthen friendship with other countries, UNA-China exchanged visits with UNAs and think tanks of more than 10 countries, including the United States, Russia, the United Kingdom, Finland, Norway, Japan, Republic of Korea (ROK), Inida and Ethiopia etc.

UNA-China has published a series of books on the UN and multilateral diplomatic issues, such as United Nations: Towards a Harmonious World (2008), China’s UN Diplomacy (2009), United Nations (2009), Diplomacy Leads to World Harmony (2012), The 70 Years of UN: Achievements and Challenges (2015) and A Practical Guide to China National Model UN Conference (2019 Edition) etc.

2. Participation in activities of the UN and international NGOs

UNA-China actively participates in the work of the World Federation of United Nations Associations (WFUNA) and leaders of UNA-China have been the member of the WFUNA Executive Committee. Ms. ZHANG Dan, Vice-President and Director-General of UNA-China, is the current member of the WFUNA Executive Committee. In addition, UNA-China attended international conferences such as the Annual NGO Meeting of the DGC of the UN, the Annual Meeting of the Academic Council on the United Nations System (ACUNS), the BRICS Civil Society Forum, the G20 Civil Society Conference, the Asia-Europe People’s Forum, and the East Asian Forum on the UN Peacekeeping Operations etc.

UNA-China has established a regional exchange mechanism with UN research institutions from Japan and the ROK. UNA-China, UNA-Japan and UNA-ROK hold the Trilateral Presidents’ Meeting and the Youth Forum in rotation. China Academic Network for UN Studies (CANUNS), Japan Association of UN Studies (JAUNS) and Korean Academic Council on the UN System (KACUNS) take turns to host the East Asian Seminar on the UN System.

3. Disseminating the UN knowledge and promoting the general public’s engagement in UN affairs

To cultivate more reserve talents of international civil servants, from 2011 to 2018, UNA-China has co-hosted 9 consecutive China International Civil Servants Capacity Building Programmes. UNA-China invited senior diplomats, UN officials, experts and scholars to give lectures on the UN to the trainees and college students across the country. They brief the UN knowledge, analyze international hotspot issues and share their own diplomatic experience, from which young students strengthen their understanding of the UN affairs and China’s multilateral diplomacy. In February 2019, UNA-China, together with WFUNA and Zhejiang University, co-hosted the Chinese Youth Global Competency Training Program at the UN in New York. This field visit has enhanced the effectiveness of training.