On 11-14 October 2018, the 15th China National Model United Nations Conference (CNMUN), hosted by the United Nations Association of China (UNA-China) and organized by Zhongnan University of Economics and Law (ZUEL), was successfully held in Wuhan. Ms. Zhang Dan, Vice President and Director-General of UNA-China, Mr. Wang Wengui, Vice President of the University Council of ZUEL, Ms. Yao Li, Vice President of ZUEL, Ambassador Zhang Yue with the Department of the International Organizations and Conferences of the Ministry of Foreign Affairs of China, Ms. Ella Kinnear, Official of the Australian Embassy in China, Ms. Wang Ying, Deputy Director-General of UNA-China attended the opening and/or closing ceremonies and delivered speeches. Mr. António Guterres, Secretary-General of the UN and Ms. Alison Smale, Under Secretary-General of the UN respectively sent congratulatory video and written messages to the Conference.

Ms. Zhang Dan said in her speech that multilateralism is facing unprecedented challenges. The UN should play a greater role in promoting multilateralism and global governance, which also requires the active participation of civil society and the youth. Over the past 40 years of reform and opening up, China has made tremendous contributions to political resolution of conflicts, UN peacekeeping operations and global economic growth. UNA-China will train more Chinese young talents for international engagement through activities such as the CNMUN. Ms. Yao Li said that socialism with Chinese characteristics has entered a new era. The CPC Central Committee, with Comrade Xi Jinping as the core, has kept a firm hold of the development trend of China and the world and China has greatly contributed to world peace and development. Ms. Yao encouraged the students to broaden their international horizons, bear in mind their historical missions and make arduous efforts for realizing the great rejuvenation of the Chinese nation. 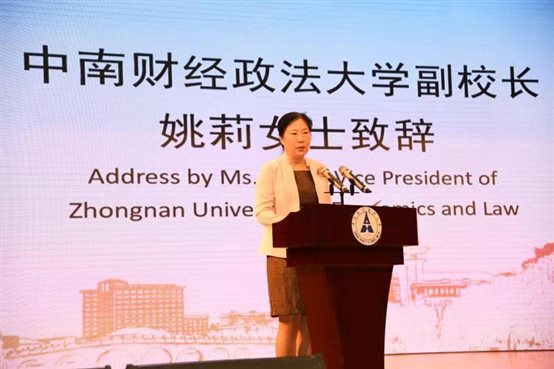 Amb. Zhang Yue said that the Chinese government has always supported the work of the UN and promoted multilateral cooperation. China will continue to firmly uphold the UN-based international system, support multilateralism and build a community with a shared future for mankind. Amb. Zhang fully affirmed the role of the CNMUN in broadening the mind and building the capacity of Chinese young students. Ms. Ella Kinnear said that the Australian Government is committed to advancing the comprehensive strategic partnership between Australia and China, and the cooperation of the two countries in the fields of education, trade and tourism has gained a strong momentum. The two countries share regional and global challenges and work together to combat protectionism, promote sustainable development and protect human rights, etc. Australia is willing to continue its sponsorship for CNMUN with the hope of fostering Chinese youth’s better knowledge of the UN and closer ties between the youth of the two countries. The event was supported by the Department of International Organizations and Conferences of the Ministry of Foreign Affairs of China and the Australian Human Rights Commission and sponsored by the Department of Foreign Affairs and Trade of Australia. The four-day Conference attracted more than 500 students and faculty advisors from more than 150 colleges across China and from the University of Sydney, Australia. Six UN bodieswere simulated including the General Assembly, the Security Council, the Economic and Social Council, the Human Rights Council, the third Committee of the General Assembly and the UN Environment Programme, where students acted as diplomats of different countries to discuss issues such as Global Compact on Migration, the Situation in Syria, Strengthening Technology Transfer to Developing Countries for Sustainable Development,Promotion & Protection of Economic, Social & Cultural Rights, Employment & Gender Equality, and Energy Security & Environmental Protection. The Conference also has a main press center, with students acting as journalists and editors, covering the UN meetings.

12 ambassadors and experts with rich experience of multilateral diplomacy sat as judges, and they gave professional guidance on the running of the meetings and made comments on the performance of the students. More than 70 participants won a range of awards, including Best Delegation, Outstanding Delegation, Honorable Mention, Best Paper, Best Resolution, Best Journalist, Best Editor, and Best Faculty Advisor. The participants also had opportunities to attend a guest lecture on China’s diplomacy and visit the Museum of Wuchang Uprising of 1911 Revolution. Xinhuanet, Guangming Daily, Hubei Daily, Changjiang Daily, Hubei Satellite TV and other media reported on the event. 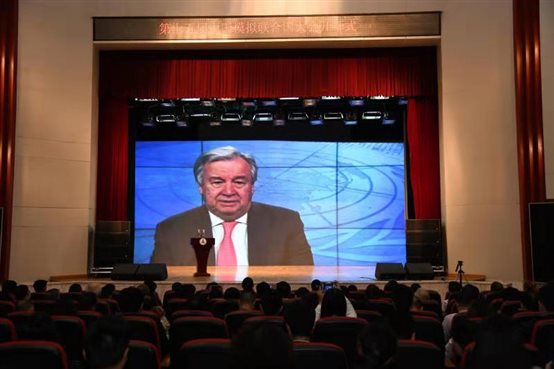 Since its inception in 2004, the annual CNMUN has developed to be the most authoritative and authentic MUN simulation in China. It is aimed to promote the values and disseminate the knowledge of the UN among college students so as to help raise their awareness of international citizenship. 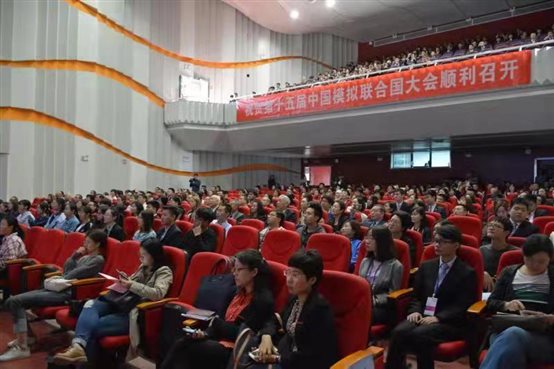 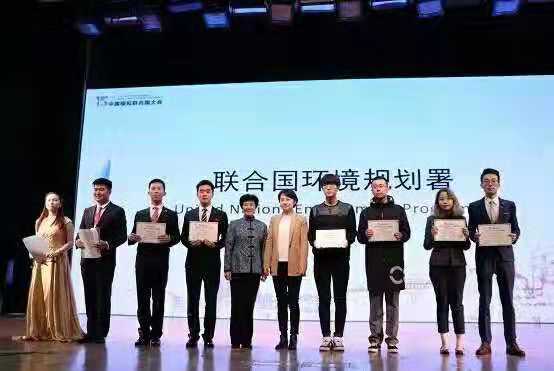